The masque began as an improvised performance at court in the 16th century during which courtiers and even royals would disguise themselves for play acting, fun and dancing.

Masques were staged at Whitehall and Hampton Court Palaces for the Stuarts, with singing, acting, music, dialogue, amazing costume and above all, ‘special effects’ and moving scenery. By the early 1600s, under masque-loving monarchs James I and his queen Anne of Denmark, it became really elaborate.

A Banqueting House was built specifically for the performance of masques at Whitehall Palace in 1608, but this burnt down in 1619, and was replaced by the present building, designed by Inigo Jones and completed in 1622.

The Stuart Masques were mostly created by the brilliant partnership of playwright Ben Jonson and set and costume designer Inigo Jones. These temperamental artists quarrelled over whose contribution was more important, and after 1632, Jones worked with less argumentative (and less talented) poets. 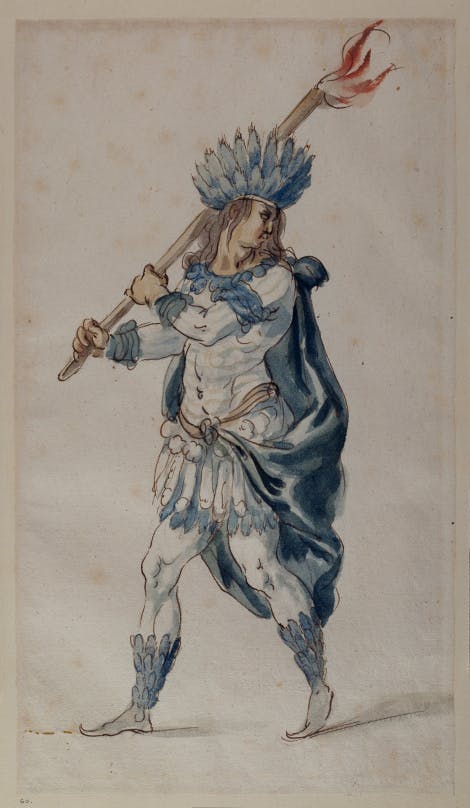 What went on at a masque?

The masques were a heady combination of opera, theatre, ballet and ball. They were always allegorical, featuring gods and goddesses from mythology and British history. Their purpose was to demonstrate the wisdom, and God-given right to rule, of the Stuart monarchs. There was always an ‘anti-masque’, featuring wild and outlandish dancers, who symbolised the chaos of a kingdom before the Stuarts. This was followed by the masque proper portraying the idealistic world of peace and harmony under divine kingship. At the end of the masque, the King would dance, and then the courtiers. Masques were performed for, rather than by, the court, although sometimes the queen and her ladies danced.

A masque was also a place to see and be seen. They were incredibly expensive to produce; some of the most lavish were staged by affluent lawyers. But despite the cost, they weren’t always the most comfortable of shows to attend, for either actors or audiences. The crowded room was stifling hot, and smoke from the hundreds of torches must have been oppressive. Sometimes there was a long delay before the performance began. The chaplain to the Venetian Ambassador wrote of his experience after attending a masque in 1618: ‘So crowded and uncomfortable that had it not been for our curiosity we would have given up or expired … every box was filled notably with the most noble and richly arrayed ladies… During the two hours of waiting we had leisure to examine them again and again.’

We're only here for the dance

Masques must have been difficult to follow in the smoky, noisy room, especially without a programme. This probably didn’t matter, as the sheer spectacle of the performance was ultimately the point.

The court probably talked and laughed throughout the performances, drowning out the words and music. Everyone saved themselves for the dancing, a major part of the event. They practised for weeks beforehand to be sure of the steps.

Celebrity spotting was fundamental to the masque. Everyone from the Queen down would participate! 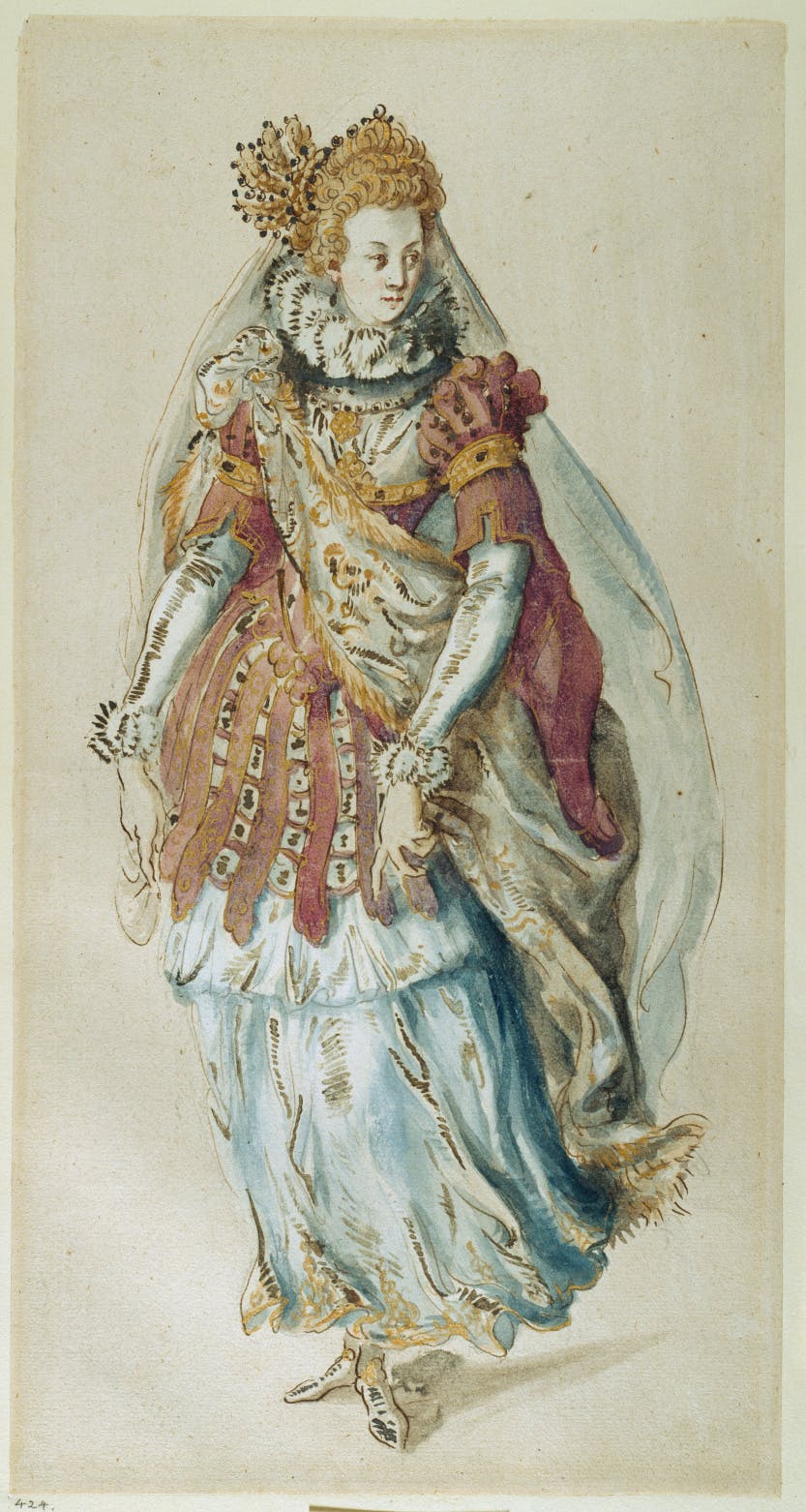 Misbehaviour at the masque

It seems that there was always somebody misbehaving at the masque.

The performers were frequently drunk, as ‘wine did so occupy their inner chambers’. On occasions actors would fall over or actually be sick during performances!

Even the first masque to take place in Inigo Jones’s splendid new Banqueting House (to which many foreign ambassadors were invited) was marred by squabbling. Quarrels often broke out among foreign dignitaries over who was seated closest to the King during a masque, adding to the drama.

It also became a bizarre tradition at the end of every performance for the audience to upset the table laid out with refreshments, smashing glass platters with great glee. 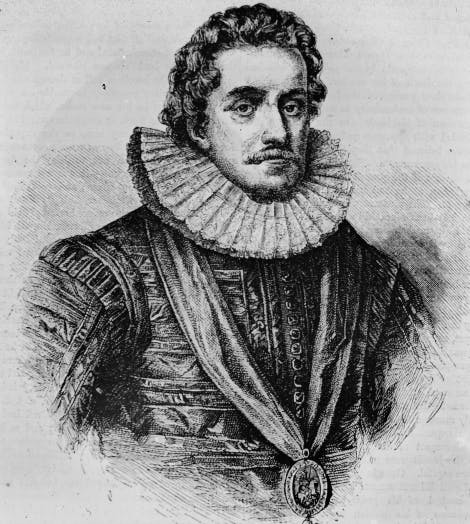 ‘Why don’t they dance? What did you make me come here for? Devil take all of you, dance!’

James I loses his temper while waiting for the show to begin in 1618. 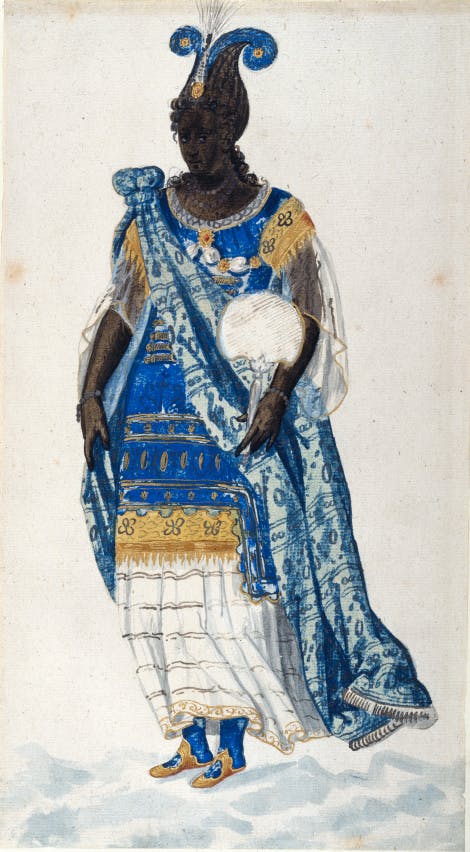 The first masque performed for James I and Anne of Denmark in 1605 was ‘Masque of Blacknesse’, created by Inigo Jones and Ben Jonson. It was commissioned by the Queen, in which she and her ladies appeared and danced with blacked-up faces.

While this seems offensive to us now, the masque was all about decadence and illusion. To a 17th century audience, the Queen was behaving more outrageously by dancing in front of an audience in a flimsy costume.

The ‘Masque of Blacknesse’ also astonished the audience with its special effects. Designer Inigo Jones created an ‘artificial sea with waves which seemed to move’, in addition to mermaids in shells, tritons, seahorses and ‘six huge sea monsters’.

Such special effects were the trademarks of Jones and Jonson, and they became increasingly flamboyant. Their ‘The Masque of Queens’ performed in 1609 opened with a scene from hell, complete with fire and smoke. This vanished to reveal a ‘glorious and magnificent building figure the House of Fame … filled with several coloured lights like emeralds, rubies, sapphires, carbuncles etc.’ 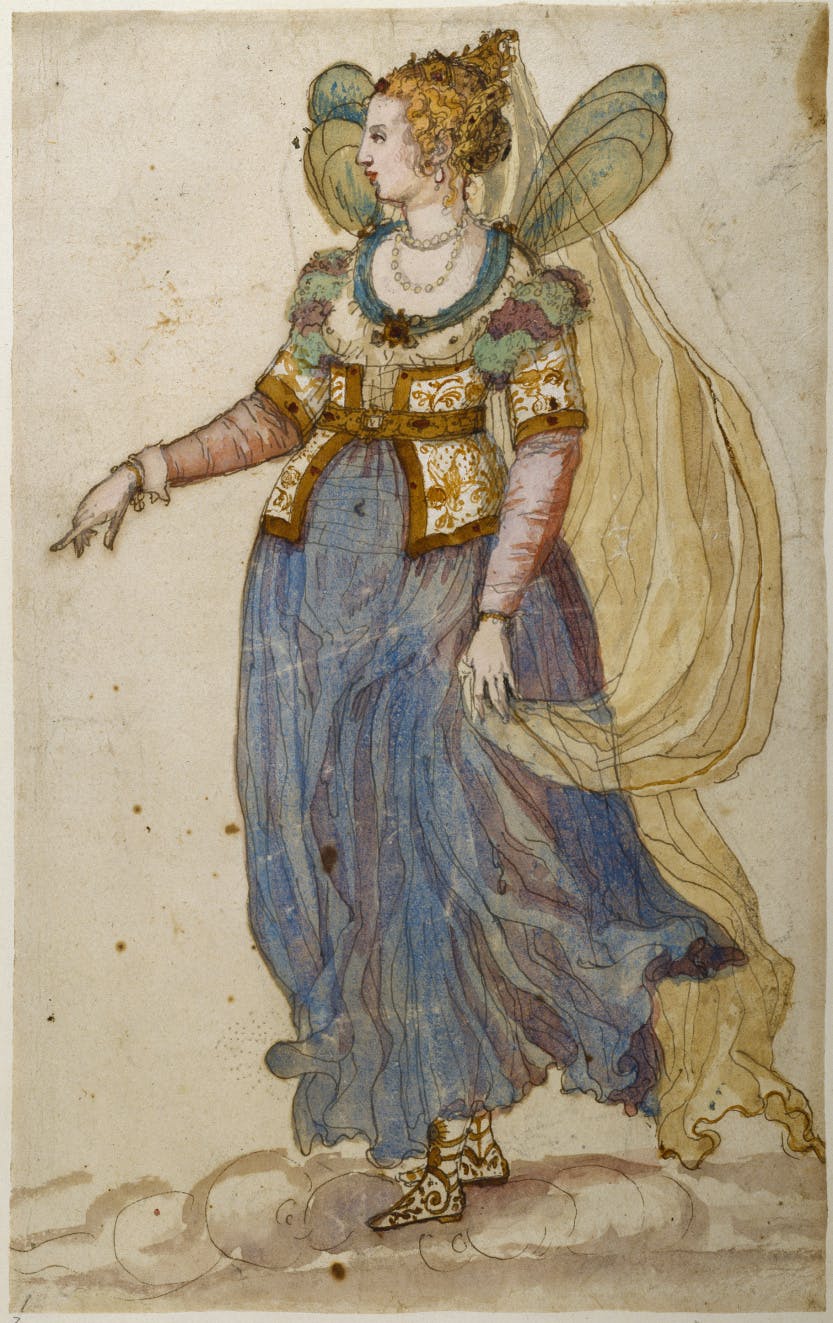 Masques for a new monarch

James I’s son, Charles I (1625-49) and his French queen, Henrietta Maria loved the masque too. They continued the tradition of expensive performances, using Inigo Jones’s new Banqueting House that was completed in 1622.

That year, the ‘Masque of Augers’ was performed in the new building by Prince Charles and his lords. They performed another two masques, after which war and the outbreak of plague meant that the Banqueting House was deserted until 1631, when the masque ‘Love’s Triumph’ was performed by Charles the King, and his lords.

However, war and and the outbreak of plague meant that the Banqueting House was deserted until 1631, when the masque ‘Love’s Triumph through Callipolis’ was performed.

Henrietta Maria and her ladies took great delight in dancing in subsequent masques. The choreography grew ever more intricate, and the scenery and special effects ever more complex.

Although extremely expensive, a fresh masque was performed twice a year for the next five years.

The man in the masque

It is probable that the Duke of Buckingham commissioned Gerrit van Honthorst to paint a mythological depiction of himself as Mercury presenting the Liberal Arts to Charles I and Queen Henrietta Maria, dressed as they might appear in a masque, as Apollo and Diana.

It is not known where 'Mercury presenting the Liberal Arts to Apollo and Diana', signed and dated 1628, was originally meant to be displayed. It is recorded that it was stored in Whitehall Palace, near the Banqueting House. 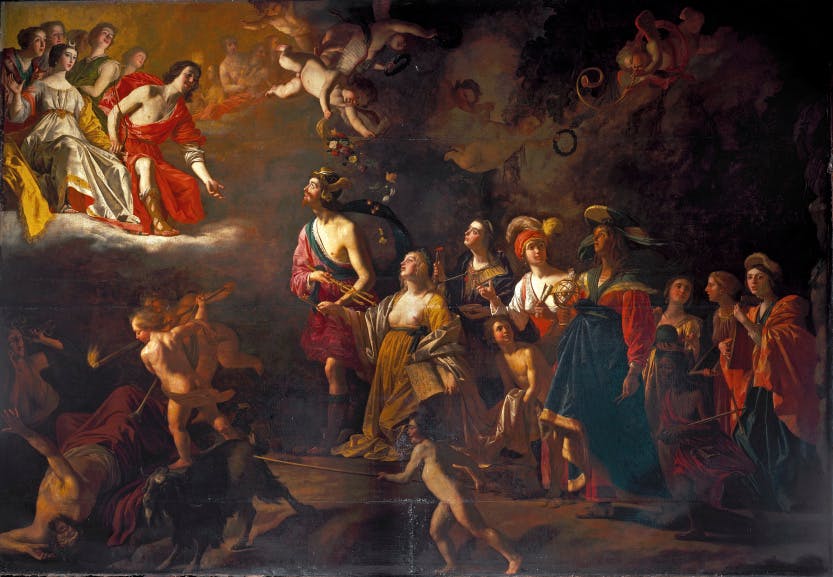 This huge painting creates a sense of what a masque would have been like, with ‘miraculous’ special effects. Charles (Apollo) and Henrietta Maria (Diana) are seated on what seems to be a floating cloud.

There is also hidden drama here. The sitter playing Mercury is the royal favourite, Duke of Buckingham, who exercised a powerful hold over the King.  Buckingham’s wife appears next to him (bare-breastedness was not uncommon in the Stuart court masques). Both men gaze intently at each other, not at their wives. 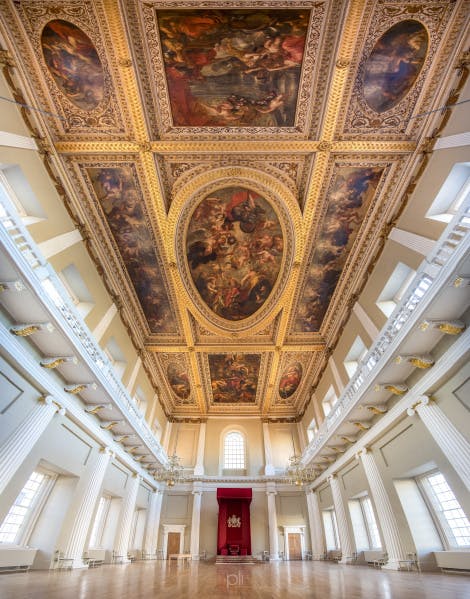 The end of the masque

The installation of Peter Paul Rubens’ ceiling paintings in 1636 marked the end of the building as a venue for masques, with their requirement for brilliant, and highly damaging, illumination. ‘Seventy dozen torches and 60 flambeaux’ alone were ordered for a single performance of  ‘The Triumph of Peace’ in February 1634.

But more importantly, the world was changing, and Civil War was looming.

The royal coffers were all but empty, and the nation was in a state of unrest. The world of the masque, with its fantasy, extravagance and illusion was coming to an end. By 1640, it was dead.

On 10 January 1642, Charles I, his wife and three eldest children fled Whitehall for Hampton Court. Sending his family into exile, he went to seek support in the north and midlands of England. He would not set eyes on Banqueting House for another seven years. Then he would walk across its hall on the final day of his life, to the executioner’s block. 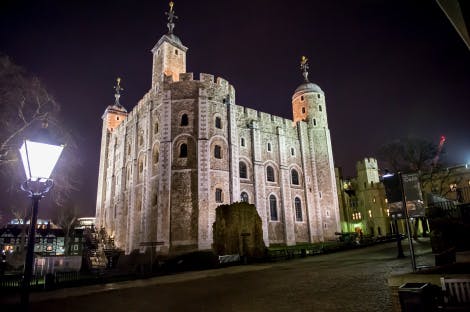 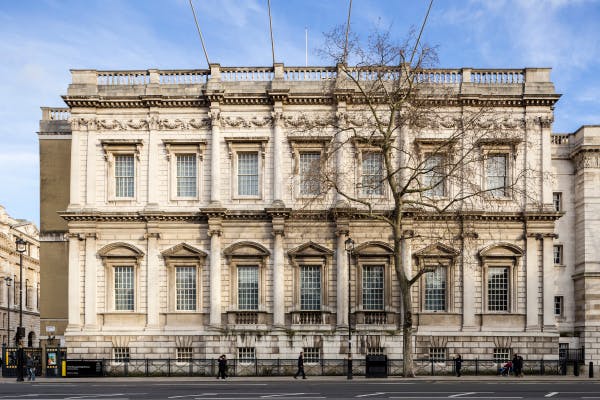 Join Siobhan Clarke at the Banqueting Hall for an exclusive tour of this revolutionary building. 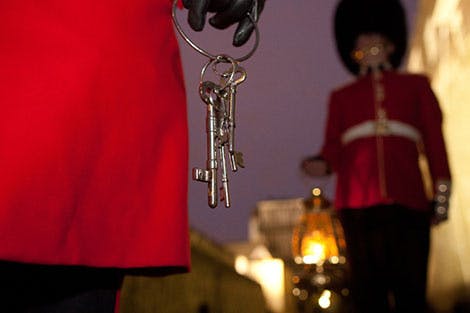