To commemorate and remember those who lost their lives in both World Wars and present-day conflicts, a new specially commissioned art installation will be on display in the East Front Gardens at Hampton Court Palace this November. The piece includes more than 100 specially commissioned silhouettes of soldiers, including Indian soldiers that camped in Home Park, Hampton Court. There will also be 75 screen-printed poppy wreaths as part of the installation.

The new installation has been created in partnership with Standing with Giants, a community-based art installation formed by Oxfordshire artist Dan Barton and a dedicated group of local volunteers. It will open on 3 November and run throughout the month, including Armistice Day on 11 November.

A guide will be available from the ticket office. It includes stories about Grace and Favour residents who were connected to the palace and the Indian Army camp in 1919.

The Indian subcontinent under British rule played a crucial part in the First World War, as thousands of Indian soldiers fought and died alongside the British and their allies from the Western Front to the North West Frontier of India, now part of Afghanistan.

The Peace Celebrations and Victory Parade in London in July were held for the combat forces of the British Empire of the time.

Nearly 1800 soldiers from the Indian Army set sail from Bombay (today known as Mumbai), to march in the Peace Celebrations in London alongside troops from nations across the British Empire.

Unfortunately, they were delayed and arrived late but on King George V's request they were given their own parade which took place on August 2nd 1919.

A camp at Hampton Court Palace was set up for these soldiers who had travelled for the parade. Accommodations were made to meet the cultural and religious requirements of the men. They were well looked-after in the camp and recognising that this was the first visit to England for the vast majority of those in attendance - the soldiers were entertained on tours of London and around Britain. 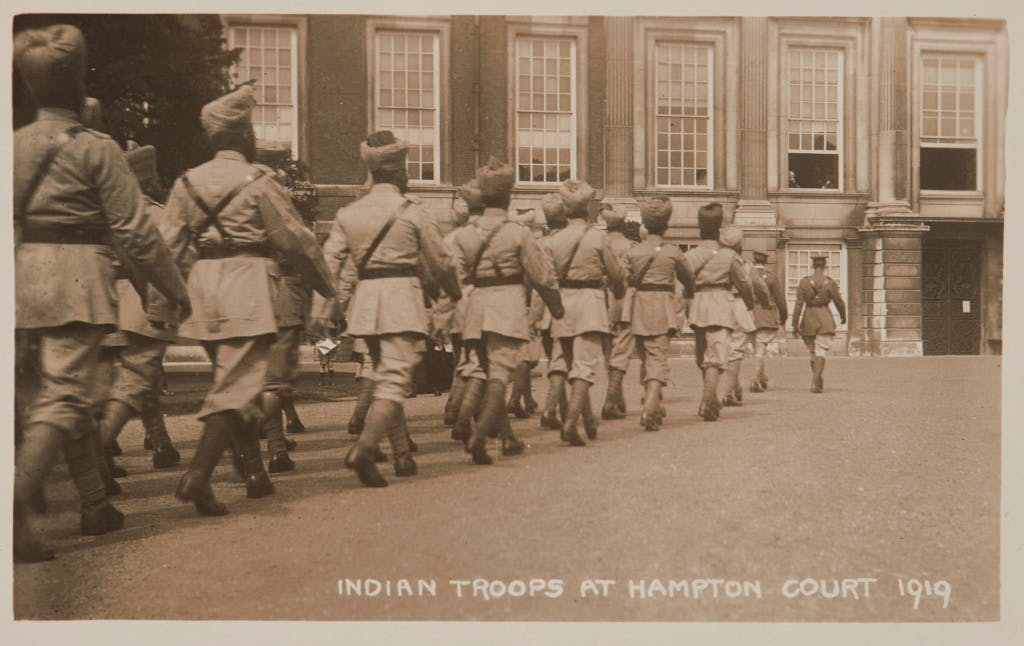 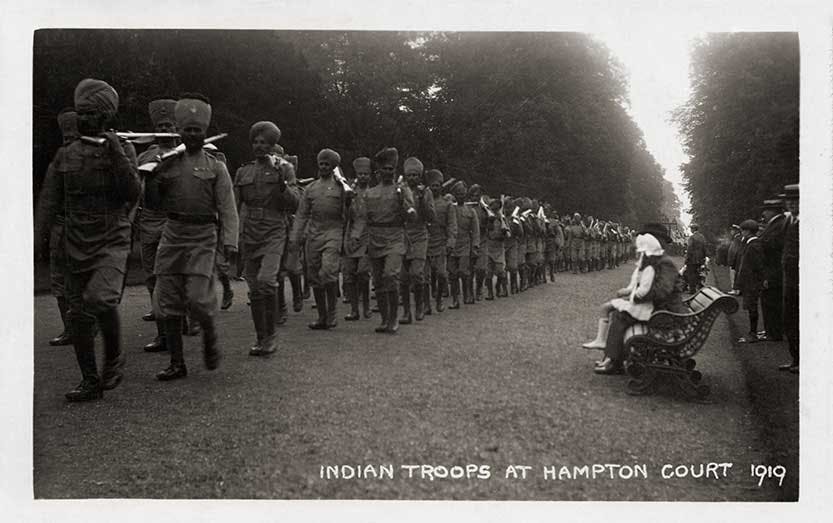 In late July 1919 one of the most extraordinary but forgotten visits to Hampton Court took place, when a contingent of nearly 1800 troops from the Indian Army, including their British and Indian officers, marched through the palace gates and out onto the golf course on Home Park, where they camped for the next two months.

Standing with Giants is a community-based art installation created by Oxfordshire artist Dan Barton and a dedicated group of local volunteers. They create large-scale art installations by hand, using recycled materials to honour those who fought in wars past and present.