Experience history in the making

The Council Chamber was one of the first rooms that Henry VIII built when he took over Hampton Court Palace between 1528 and 1530.

In this very room, Henry and his Privy Council made some of the biggest decisions in English history, the effects of which changed the landscape of the country forever.

Hear Henry's advisors discussing these urgent matters of state in one of the Tudor palace's most private spaces.

A room of Tudor power and politics

Palaces weren't just for pleasure. Alongside all the feasting, sports and revelry was the serious business of monarchy. It was in the Council Chamber that Henry VIII met with the Privy Council, his most trusted advisors, and discussed great matters of state.

The Privy Council met almost every day, usually around midday. Members of the council varied as men fell out of favour, but included men like his close childhood friend Charles Brandon, Duke of Suffolk and his notorious advisor Thomas Cromwell.

Some of the most famous matters of the Tudor age were likely discussed in the Council Chamber, including the establishment of the Church of England; the execution of Anne Boleyn (1536); the divorce of Anne of Cleves (1540); and the fall of Catherine Howard (1541).

The current presentation of the Council Chamber has been inspired by Tudor designs and aims to re-create the dramatic setting for the heated discussions and debates of the 1530s and 40s.

The blue and gold fabric on the wall is decorated with Tudor roses and Fleur-de-lis, representing Henry's claim to the throne of France. The floor is decorated with a distinctive Tudor rose design inspired by The Family of Henry VIII painting, on display in the nearby Haunted Gallery. This also inspired the representation of the Chapel Court garden, which you can see out of the window of the Council Chamber.

The fire place is 19th century and decorated with the initials of Queen Victoria. However, if you look closely you will see it also features a Tudor rose and Fleur-de-lis: a Victorian nod to the room's notorious Tudor past. 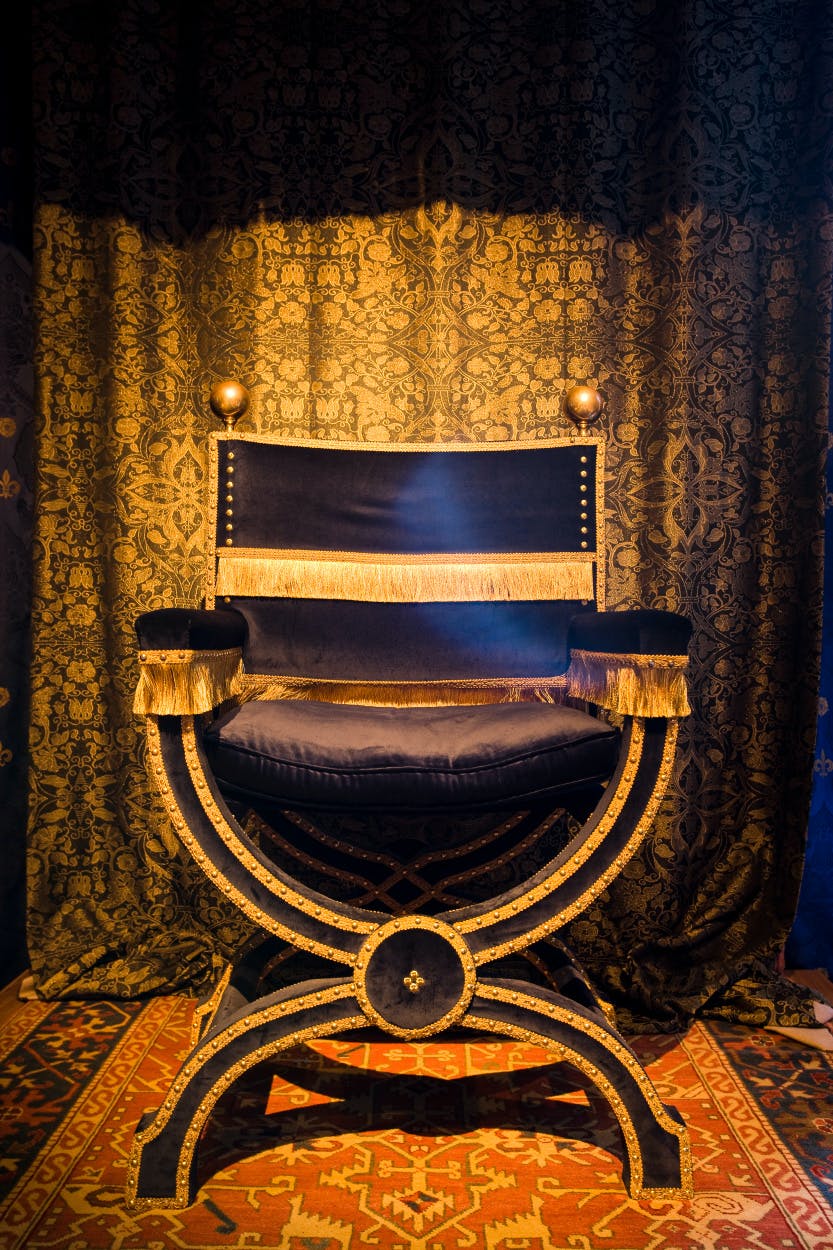