Explore the Stair Hall as part of a guided tour of Hillsborough Castle and Gardens.

Stair Hall was constructed in 1797, originally shown as a spiral staircase in the designs created by the architect Matthew Furze.

The cantilevered stone stair is balanced by the weight of the wall above each step, and is supported by the step below it, making it look like the whole staircase floats.

The stone staircase leads up to the early 20th-century living quarters of the house, used by the Secretary of State and other important visitors, and the Royal Corridor.

The current display of 18th and 19th-century prints includes depictions of important historical events including the Act of Union between England and Ireland, the Great Famine of the 1840s, and the Irish Rebellion of 1798.

To the north a French window gives access to the courtyard. This is of the 19th century; however the threshold step would indicate it was built in 1797 to be a doorway.

It continues to be used as a luggage door, through which visitors’ cases and trunks can be discreetly carried in or out.

Portrait of Duke of Abercorn

Unionist Politician and soldier, James Hamilton, 3rd Duke of Abercorn, was the first and longest serving Governor of Northern Ireland. He remained in post from 1922 until 1945 and turned down the offer of the governor generalship of Canada in 1931.

Abercorn presented this copy of a portrait by John A. A. Berrie to Hillsborough Castle in 1946. He was the last non-royal to be awarded the Order of Saint Patrick, and he is depicted wearing this honour along with the Order of the Garter. 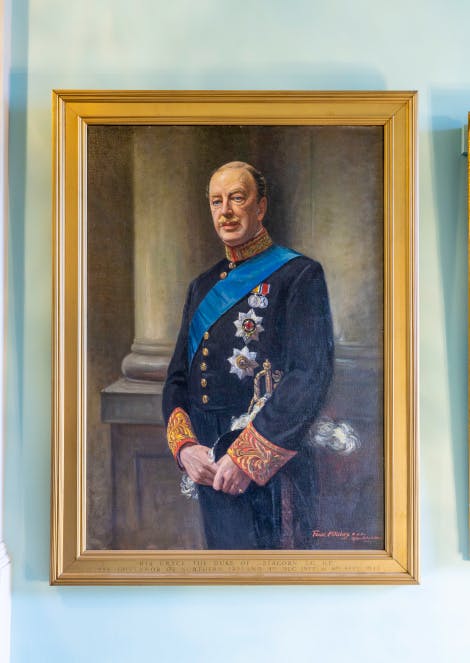 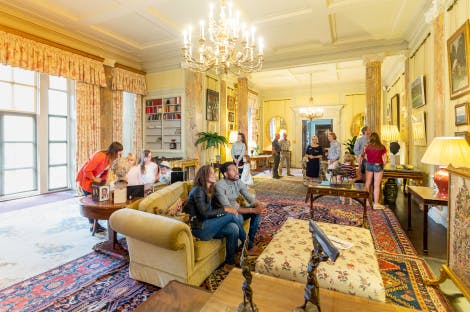 Discover contemporary Irish art from the collection of HRH The Prince of Wales in this elegant family space. 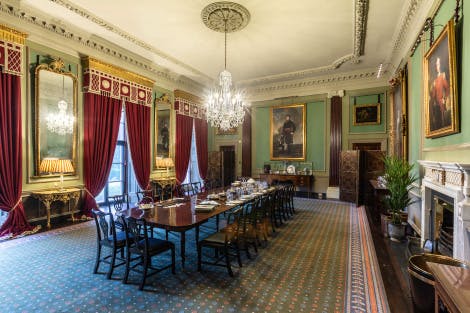 Explore this stylish setting for Georgian entertainment, where Her Majesty The Queen still hosts dinners.