Please note that while the Royal Pew is normally open during this period, it may close on short notice due to Chapel services.

The Chapel Royal and Royal Pew will remain closed on Sundays.

See a re-creation of Henry VIII's magnificent crown, displayed where he would have worn it, in front of the magnificent Tudor ceiling of the Chapel Royal.

Made for either Henry VII or Henry VIII, the original crown was worn by Henry VIII at Hampton Court, particularly on the feast of Epiphany on 6 January. Henry would process to the Chapel Royal in full regalia to offer gold, frankincense and myrrh, celebrating the visit of the Three Kings to the newborn Jesus.

The crown was later used at the coronations of each of Henry VIII's children.

As a potent symbol of power and religious authority, the original crown was melted down at the Tower of London in 1649 on the orders of Oliver Cromwell, following the abolition of the monarchy.

Thankfully, Henry's servants wrote detailed inventories which documented the construction of the crown and we owe our stunningly accurate replica entirely to them.

Their inventories documented the size and position of each of the 344 rubies, sapphires, emeralds, diamonds and pearls, along with the five sculptures that decorate it.

A portrait of Charles I, painted by Daniel Mytens in 1631, serves as a clear visual record of the shape of the crown and the patterns created by the hundreds of jewels and pearls.

Harry Collins, Crown Jeweller (2007-2012), and his team of skilled goldsmiths were able to take our research and, largely using the same techniques as their Tudor predecessors, create a very accurate replica of Henry VIII's crown at Hampton Court.

The Tudor Crown Imperial has been hand-crafted in silver gilt with fine metalwork detail – the original was made from 84oz of gold.

The rubies, sapphires, emeralds, cultured pearls and rock crystal have been selected to reflect the colour and shape differences we see in existing late medieval jewellery, ensuring the crown looks as spectacular and authentic as possible.

In addition to the jewels, the crown is set with four miniature sculptures of royal saints, plus one of the Virgin and Child. The royal saints were added by Henry VIII after the reformation to emphasise the King's authority over the Church.

A specialist sculptor has reproduced St George, St Edmund, St Edward the Confessor, Henry VI (venerated as a saint at this time) and the Virgin and Child in minute detail for our crown. 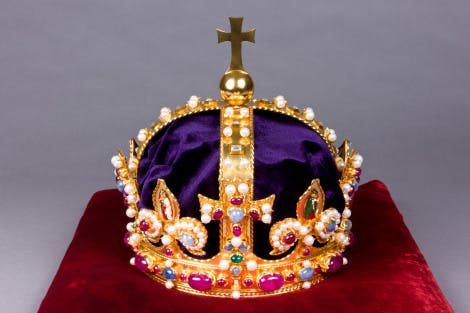 Please note: Due to the size and popularity of exhibition spaces, we limit visitor numbers in the Royal Pew. Larger groups will be asked to divide into smaller parties and admission may be staggered at the discretion of staff. This is to avoid congestion during peak times to ensure the enjoyment of all visitors.

We thank you for your understanding. 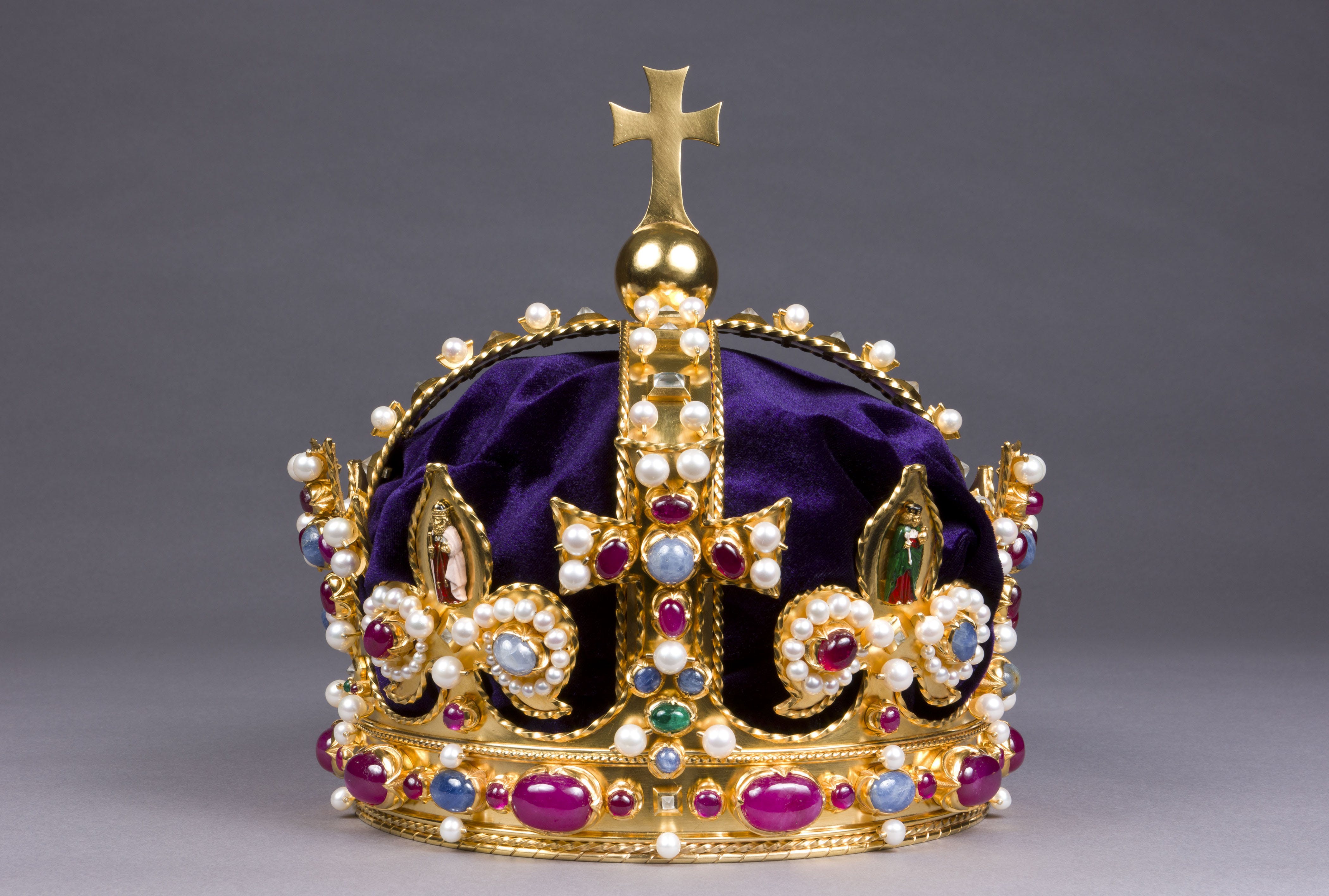