John Blanke was a royal trumpeter in the courts of Henry VII and Henry VIII, and remains the only black Tudor for whom we have an identifiable image. While serving two kings, he bore witness to some of the great moments in England's history and contributed to some of the greatest spectacles of the Tudor age.

Main image: College of Arms MS Westminster Tournament Roll, 1511. Reproduced by permission of the Kings, Heralds and Pursuivants of Arms.

We know nothing of the early life of John Blanke. In fact, John Blanke may not have been his name at birth. Blanke may have been a play on the words blanc (French) or blanco (Spanish), meaning white.

We know from manuscript evidence that John Blanke was described as black, and the two surviving images of him, painted around 1511, show that he had dark skin.

It is possible that John was of North or West African heritage and that his parents were Africans living in Southern Europe. 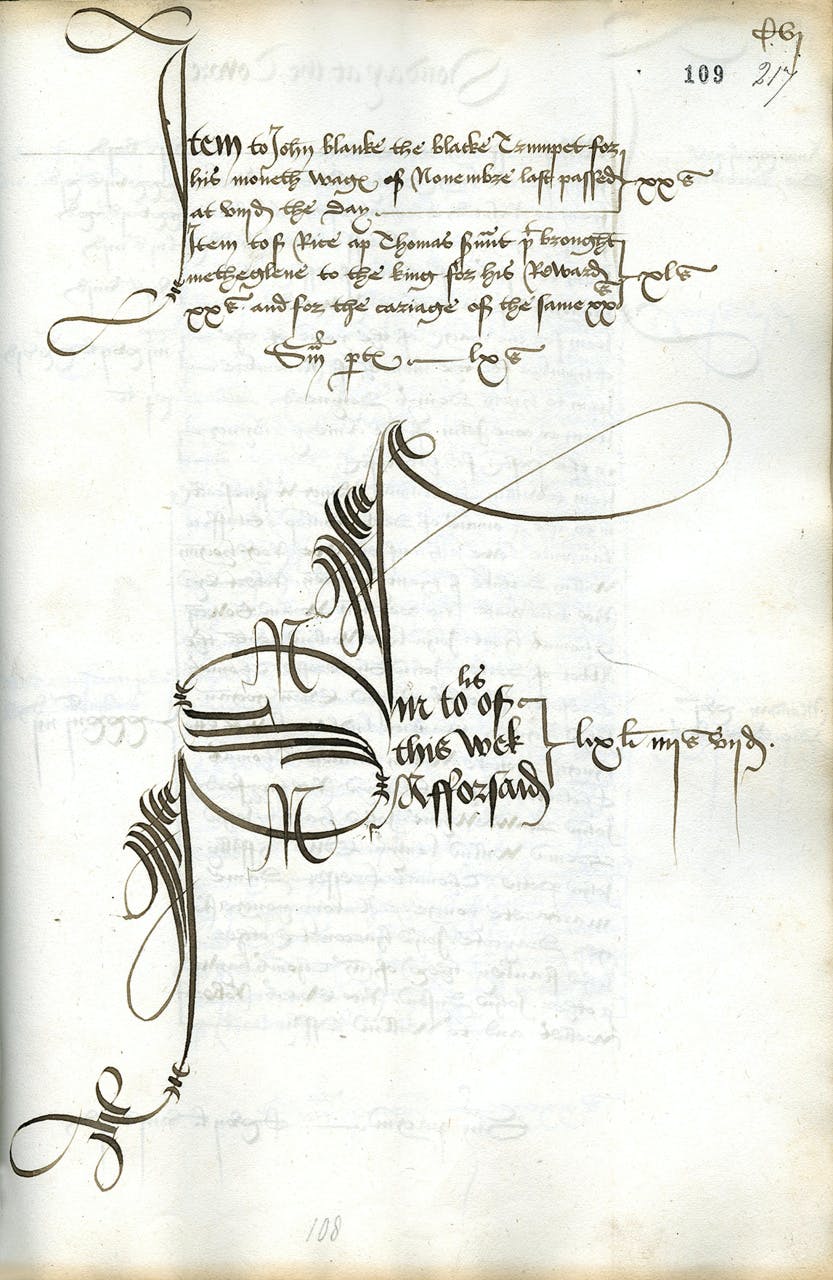 The earliest named reference to John Blanke was a payment made by Henry VII in December 1507, when he was one of eight royal trumpeters under the leadership of Peter de Casa Nova. This entry shows he was paid 20 shillings, at 8d. (old pence) each day, for his service in November.

John Blanke may have arrived in England in the entourage of Katherine of Aragon in 1501, who was to marry Prince Arthur, eldest son and heir of Henry VII. Katherine's entourage included a group of trumpeters and Henry VII rewarded the '9 trumpets of Spain' shortly after her arrival.

It is likely that Catalina of Motril, a Muslim Moor and one of Katherine's servants of the bedchamber, was also part of that contingent.

Image: A record of the first payment to 'John Blanke the blacke trumpet', dated 7 December 1507. It seems that John worked every day of the month. Reproduced with permission from the National Archives, E 36/214, f. 109. 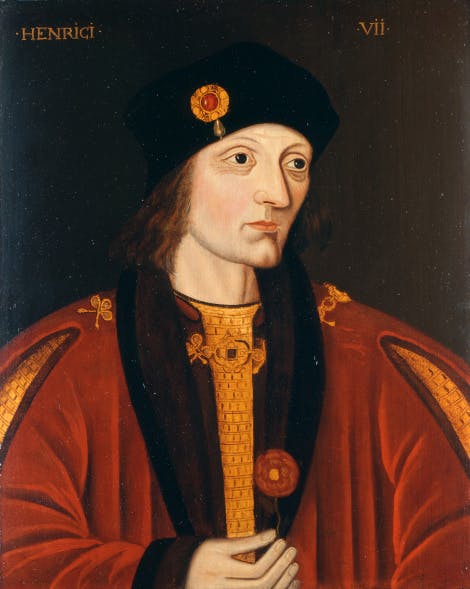 If John Blanke did arrive with Katherine of Aragon then at some point he moved to the household of Henry VII.

This may have been after Prince Arthur's death in April 1502 when Katherine, deprived of her dowry, was short of money. Indeed, the widowed Princess complained she could not even afford to pay her servants. Perhaps John was forced to find employment elsewhere.

John Blanke was part of a long medieval and renaissance tradition of black musicians serving at European royal courts. In the 12th century, the Holy Roman Emperor Henry VI had black trumpeters in his entourage and in the 16th century James IV of Scotland employed a drummer who was a Muslim Moor.

The rivalry between England and France may have further prompted the French to employ black trumpeters, just as Henry VII and Henry VIII had employed John Blanke.

A French tapestry depicting the famous Field of Cloth of Gold tournament of 1520 shows a black trumpeter whose trumpet banner displays the fleur-de-lis, the royal emblem of France.

In January 1501, Henry VII paid 20 shillings to 'the new trumpet'. Could this have been John Blanke? 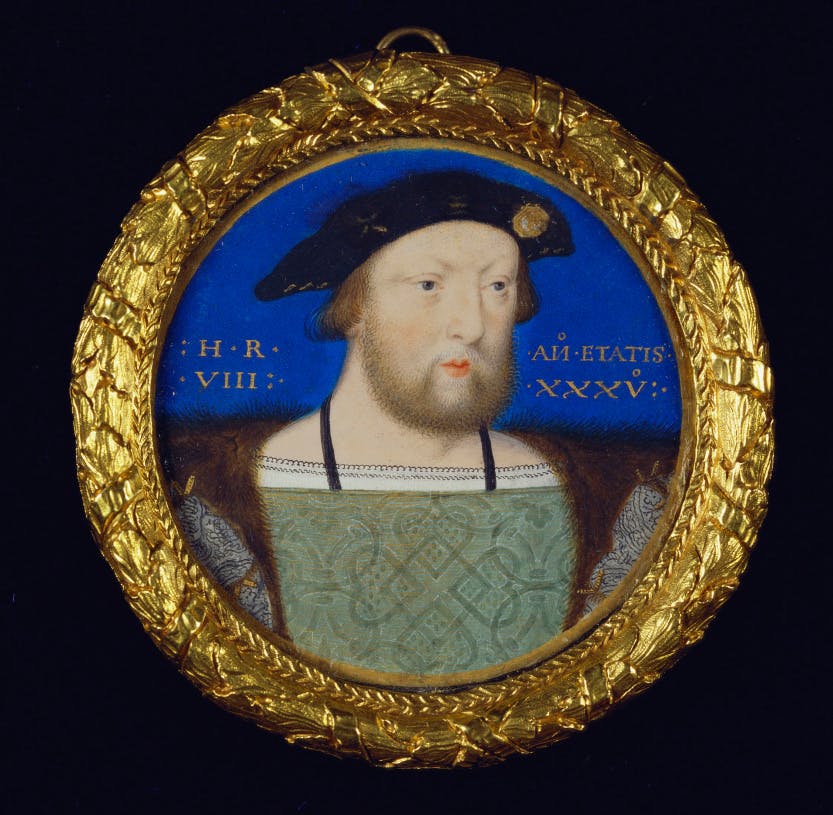 'The King is dead, long live the King'

On 21 April 1509 Henry VII died. The next day, the reign of Henry VIII officially began, 'proclaimed by the blast of a Trumpet in the citie of London'.

John Blanke, like other courtiers, was issued with new black livery to wear at Henry VII's funeral. He would have had an important part to play in the ceremonies that followed, accompanying the procession from Richmond to burial in Westminster Abbey.

Henry VIII quickly secured dynastic relations with Spain by marrying Katherine of Aragon, his brother Arthur's widow, at Greenwich on 11 June 1509. Next to follow was the coronation, at which John Blanke would have been kept very busy indeed. 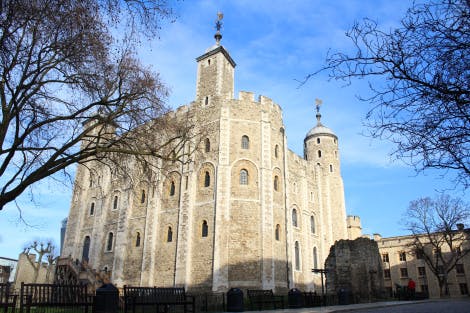 John seems to have moved organically into the household of the new King and was provided with new scarlet livery for the coronation. The festivities were spread out over many days, beginning with a stay at the Tower of London on Friday 22 June 1509.

The next day, John would have taken part in the procession from the Tower of London to Westminster Great Hall. On this journey John would have viewed wonderful scenes of pageantry as the citizens of London welcomed their new monarch. The streets were lined with rich tapestries and cloth of gold, and the sound of triumphant music filled the air.

The coronation, on 25 June at Westminster Abbey, was followed by a lavish banquet and tournament.

Image: 16th-century woodcut of the coronation of Henry VIII and Katherine of Aragon showing their heraldic badges, the Tudor rose and the pomegranate. Reproduced by kind permission of the Syndics of Cambridge University Library. From Stephen Hawes, 'A Joyfull Medytacvon to All Englande' (1509), printed Wynkyn de Worde, 4to, n.d. 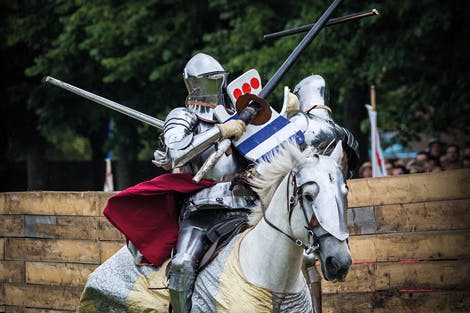 The trompettes blew to the feld, the fresh young galantes and noble menne gorgeously apparelled.

Petitioning the King for promotion

By Tudor standards, John was not on the breadline. His wage of 8d. each day was not inconsiderable, and equivalent to that of a skilled craftsman.

In addition to his wages John Blanke would have received room and board. On occasions that these were not required he could have claimed an additional allowance called 'boardwage'. Later, in 1526, it was decreed that the royal trumpeters' 'boardwage' was to be 4d. each day.

However, John was clearly ambitious and not prepared to live on 8d. per day forever. Early in Henry VIII’s reign, after the death of a more senior trumpeter called Domynck Justinian, he petitioned the king for his former colleague's position.

In his petition (below), which still survives in the National Archives, Blanke asserted that his wages were not sufficient to serve the king properly 'as other your trumpets do' and noted that he intended to serve the King for the rest of his life.

The petition was a success and John's wages were increased to 16d. each day – a testament to his tenacity as well as his experience and length of service.

In addition to his wages, John would have received room, board and livery robes.

Image: Petition by John Blanke to Henry VIII for a wage increase. The petition reads: "It may therefore please your highness in consideration of the true & faithful service which your servant daily doeth unto your Grace and so during his life intendeth to do, to give and grant unto him the same room [position] of Trumpet which Dominic deceased late had, to have and enjoy the said room to your said servant from the first day of December last passed during your most gracious pleasure, with the wage of 16d by the day." Reproduced with permission from the National Archives, E 101/417/2 (105). 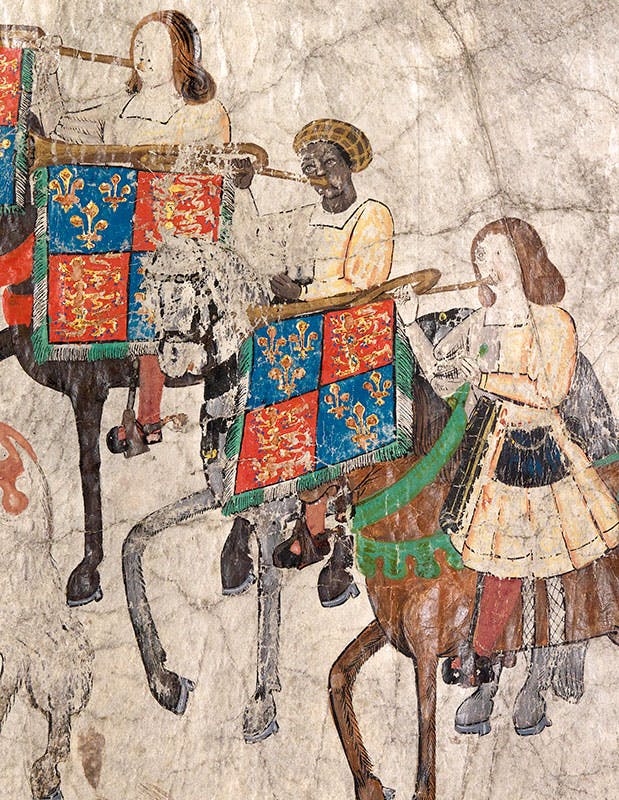 In February 1511, Henry VIII held a grand jousting tournament in Westminster to celebrate the birth of his short-lived first son, also named Henry.

Trumpeters such as John Blanke provided the music to this spectacular occasion. Champions entered the field 'with great noise, aswell of trompettes as of Dromes [drums]'. Indeed, John is pictured twice on the great roll created to record the tournament.

John and his fellow trumpeters are shown on horseback sounding their double-curved instruments. Clearly, musical skill was only part of the job, and John would have needed to be an accomplished horseman too.

Image: College of Arms MS Westminster Tournament Roll, 1511. Reproduced by permission of the Kings, Heralds and Pursuivants of Arms.

Each trumpet in the picture is decorated with a banner bearing the King's arms. The banners may have been made from painted silk; in 1512, the King's painter was paid 40 shillings for painting three silk trumpet banners with 'the king's arms beaten in oil colours'.

John is shown wearing special silver and gilt livery for the festivities, which was a change from the traditional Tudor green and white or scarlet and gold. In both depictions, John is wearing a turban: the first is green patterned with yellow or gold, and the second brown and yellow.

John Blanke's turbans might suggest an Islamic faith. However, Henry VIII liked to dress himself, and members of his court, in a variety of international fashions. Therefore, John's turbans may have been worn for aesthetic rather than religious reasons.

In 1512 John Blanke got married, and Henry VIII gifted him a new wedding outfit on 14 April at Greenwich. The gift included a gown of violet velvet and a hat.

We do not know who John Blanke married, although it seems likely that she was an Englishwoman. To marry in a Roman Catholic ceremony, John and his bride would have also needed to be Catholic, as England was still a Roman Catholic country in 1512. Therefore, John would have needed to convert to Christianity, if he was not already a Christian.

We know that there were black Christians in Renaissance London. For example, burial records from 1618 show that Anne Vause, 'a black-more', was buried at St Botulph's Church, Aldgate. Coincidentally, Anne's husband Anthonie was also a trumpeter.

Wedding presents from the King were indicative of royal favour and John's status within the royal household. 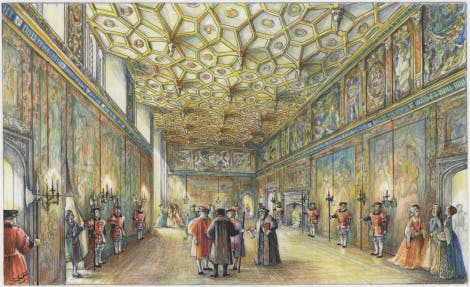 What happened to John Blanke?

Henry VIII's wedding gift of January 1512 is the last surviving reference to John Blanke. The next full list of royal trumpeters, drawn up in 1514, does not include his name.

We may never know what happened to him. Some historians have suggested that he may have died in battle, fighting in Scotland or France, or that he found work in another royal court that paid more. Perhaps, like Catalina of Motril, he moved abroad after he married.

Whatever his fate, John Blanke remains an incredibly significant figure in Tudor and black British history. John Blanke is the only black Tudor for whom we have an identifiable image and is symbolic of the important but often ignored contribution that people of colour have made to our shared history.

For more information about John Blanke and other people of colour in the Tudor period, please refer to the following books: 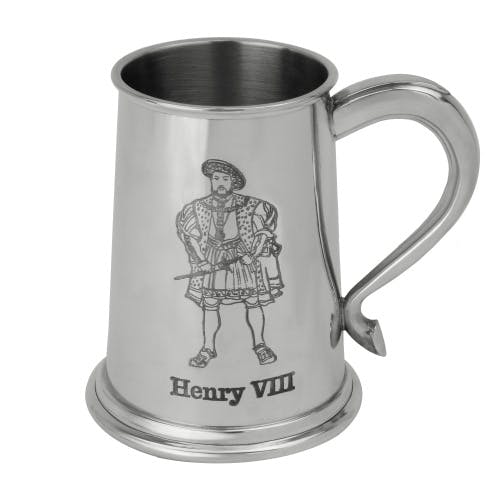 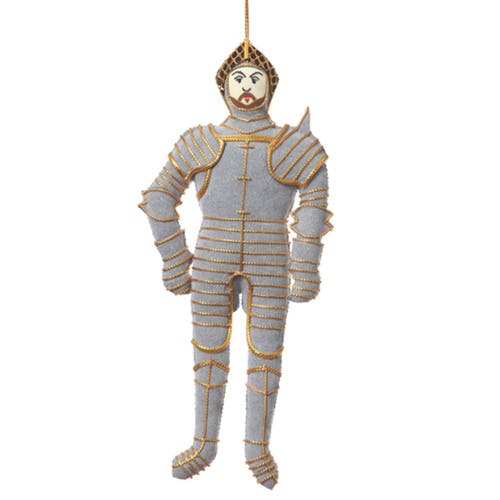