Transport yourself back to the heydey of Tudor cooking and entertainment

Henry VIII's Kitchens at Hampton Court Palace were the largest of Tudor England. 200 cooks, sergeants, grooms and pages worked to produce over 800 meals a day for the hungry household of Henry VIII.

Feeding the court was a complex business all done without modern conveniences as 1.3 million logs burned in the hellish fires every year. From boiling cauldrons to roasting spits, join the day-to-day grind of Henry’s cooks as you pass through this labyrinth of kitchen spaces. 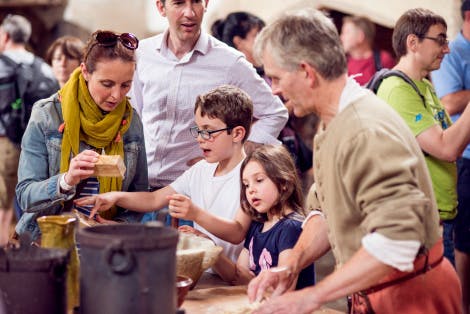 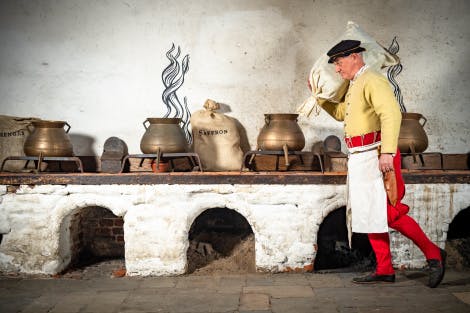 Between their construction in 1530 and the royal family’s last visit to Hampton Court Palace in 1737, the kitchens were a central part of palace life.

The Tudor kitchens were divided into a number of departments, each controlled by a Sergeant and a team of yeoman and grooms.

The Kitchen department where meat was roasted was under the control of three Master Cooks, one for the King, the Queen and the rest of the Court. These staff toiled under a complex set of rules determining which of the 1,200-odd members of Henry’s court qualified for meals as part of their pay.

Working in the kitchens could be a sweaty and dirty job. Henry VIII had to order the scullions to stop going about ‘naked, or in garments of such vileness as they do now, nor lie in the nights and days in the kitchen or ground by the fireside’.

A Spanish visitor to the Tudor court in 1554 said the kitchens were ‘veritable hells, such is the stir and bustle in them... there is plenty of beer here, and they drink more than would fill the Valladolid river.'

Henry VIII’s kitchens continued to be used for a further two hundred years, feeding the tables of Tudor, Stuart and Georgian monarchs and their many courtiers. 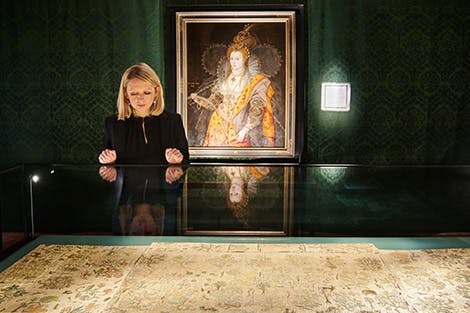 The Lost Dress of Elizabeth I

See the Bacton Altar Cloth, a rare survival of Elizabethan dress worn by Elizabeth I, and the iconic Rainbow Portrait at Hampton Court Palace.

Preparing up to a thousand meals a day

Royal food and table manners at the Tudor court