Wander through this treasure of the Hampton Court Gardens

A Hampton Court Palace admission ticket includes entry to over 60 acres of historic gardens such as the Privy Garden and Pond Garden.

Nestled within over 60 acres of historic gardens is the Hampton Court Palace Wilderness. This beautiful space was once Charles II's formal pleasure garden and is now a wild meadow filled with wildlife all year round.

The Wilderness is at its most colourful in early April, when a sea of over a million daffodils and other flowering bulbs springs into life. This spectacle is further enhanced by the beautiful cherry trees, which also blossom in the spring.

The area provides nesting sites for many of Hampton Court's common birds such as blackbirds, blue tits and robins.

The history of the Wilderness 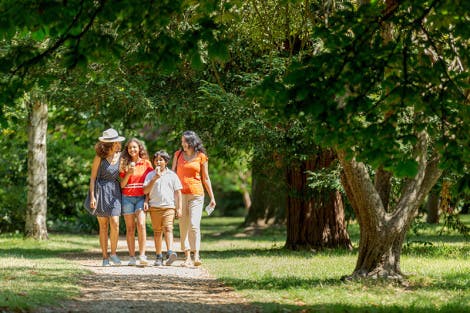 The word 'Wilderness' first appeared in the Hampton Court records in the late 1600s, although before this time the area was used for Henry VIII's great orchard. The Tudor orchard was filled with pear, apple and cherry trees.

According to legend, it was here that Henry first learnt of the death of Thomas Wolsey, his former chief minister. By this time, Henry had taken over Wolsey's palace and gardens at Hampton Court and started remodelling them to reflect his own power and magnificence.

In the 1680s Charles II created a pleasure garden at Hampton Court in the French Bosquet style, where courtiers could take in the country air away from London. In England this formal style became known as a wilderness.

A wilderness typically consisted of several sections, which were often divided up by tall hedges and trees. The area was often set out with crossing geometric paths. An interesting feature, seat or statue could sometimes be found within each section.

In the original Wilderness at Hampton Court Palace, the paths were lined on either side with hedges of Hornbeam Carpinus betulus and large Elm trees.

The garden also contained the famous Hampton Court Maze, which is still one of the most popular parts of the gardens. 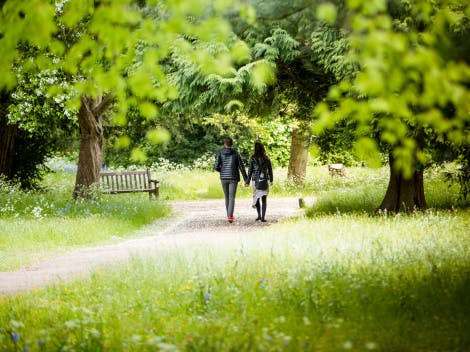 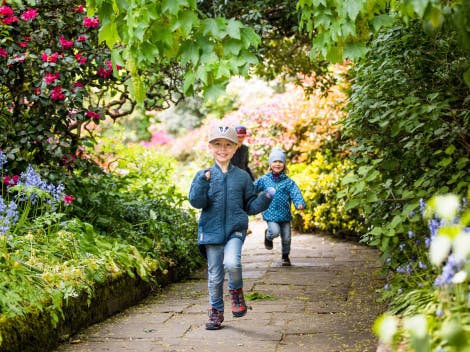 As fashions changed, the pathways were gradually removed and the Wilderness lost its formal appearance. Many of the elm trees succumbed to Dutch elm disease in the 1950s and were removed.

The area was made even more natural with the massed planting of spring flowering bulbs, mostly daffodils, which began in the early years of the 20th century. The area is left un-cut for several weeks after the daffodils bloom in order for the bulbs to regenerate slowly in time for next spring. 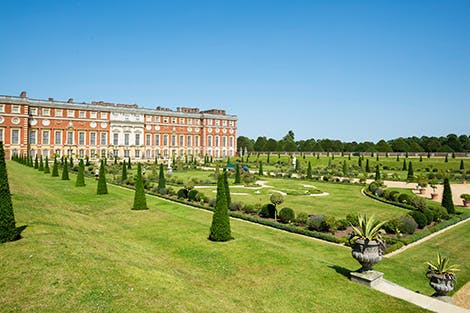 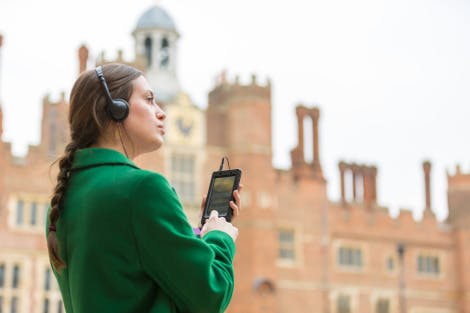 Hold the stories of Hampton Court Palace in your hands and experience history where it happened with an audio guide tour.