A privy, or private, garden has existed on the south side of Hampton Court Palace since the reign of Henry VIII.

The Privy Garden today is a restoration of William III's baroque Privy Garden of 1702. Our gardeners have restored the grounds using the original plant varieties and the hornbeam bower and statues were all part of the King's original design.

The wrought iron screens, designed and built by Jean Tijou for William III, stand at the river end.

The Privy Garden at Hampton Court is one of the most accurately reconstructed gardens because so much was recorded about the original in 1702.

William III died before the garden was completely finished, which meant all the gardeners and workmen were frightened of not being paid. They therefore submitted the fullest possible accounts of their work.

The workmen's accounts were further corroborated by archaeological evidence and historic garden plans. 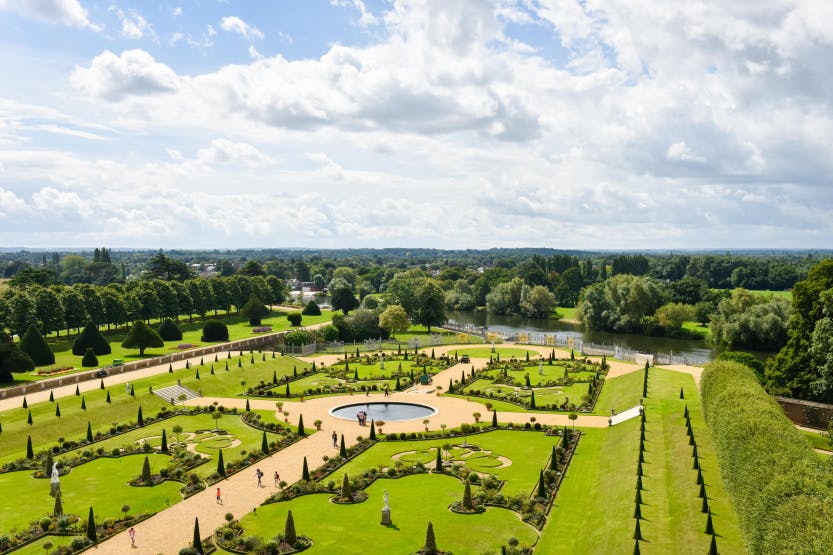 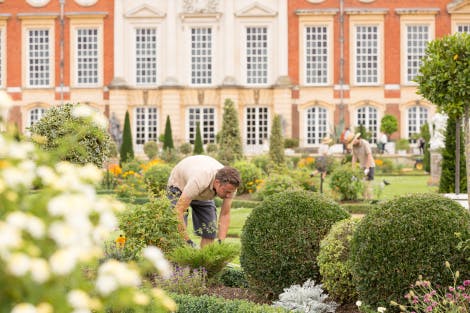 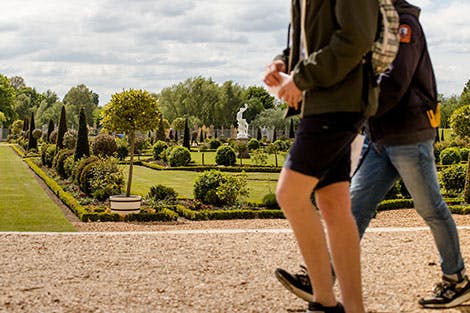 Explore the fascinating history of Hampton Court Gardens on a free walking tour. 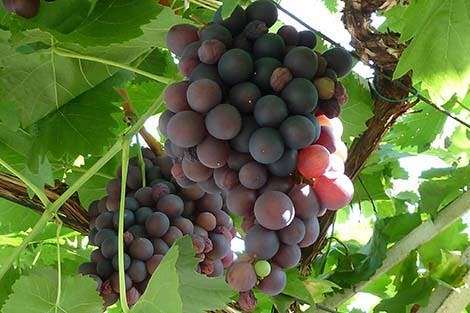 Listed in 2005 as the world's longest grape vine, the Great Vine at Hampton Court Palace is a fantastic spectacle.