Why did Henry marry Katherine of Aragon? He loved her – and Spanish Katherine’s powerful family also provided useful allies to the English throne. Katherine was first married to Henry’s older brother, Arthur, who died soon afterwards. With their prudent father’s blessing, Henry chose to marry his brother’s widow in 1509 to continue the Spanish alliance (and to hang on to her dowry).

Katherine produced six children, but only a daughter (the future Mary I) survived. As the years went by, Henry became desperate for a male heir, finally attempting to divorce his queen for a younger woman. He argued that their marriage had been unlawful; Katherine, a staunch Catholic, was having none of it. What happened next transformed English religion and politics for ever. 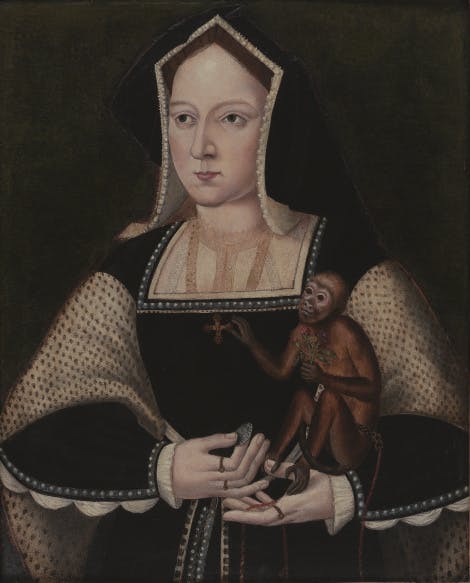 Katherine was the daughter of the powerful couple Queen Isabella of Castile and King Ferdinand of Aragon, whose own marriage had united Spain. Having King Ferdinand as an ally against the French was extremely useful for England.

Princess Katherine was well-educated and politically astute, and a good match for Henry. Although short in stature, she seems to have had a steely determination that later – some historians argue - bordered on a self-destructive stubbornness.

Henry married Katherine because he wanted to. Katherine, six years Henry’s senior, was considered beautiful, and shared a love of display and finery with her husband. She and Henry rode and hunted together, and he trusted her completely.

For many years they were a happy and devoted couple and a powerful political team. But the lack of a male heir was a critical issue, and as Katherine grew older, this was a problem that Henry felt needed to be solved. Katherine disagreed, and the tensions and differences fatally undermined the marriage.

Henry left Katherine in charge of the country in 1513 while he fought a war in France. 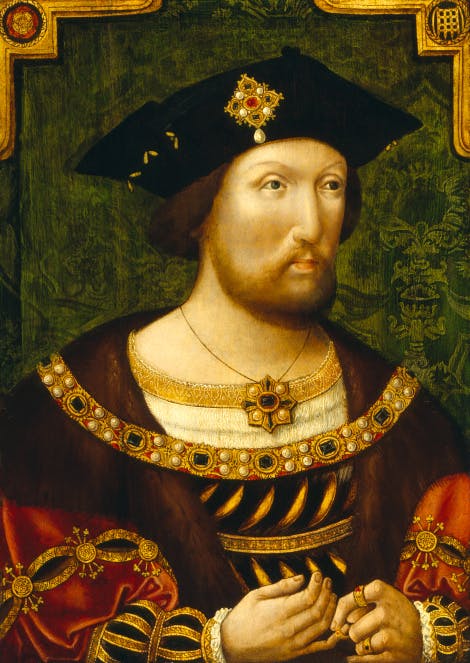 “We are both young. If it was a daughter this time, by the grace of God the sons will follow.”

Henry VIII after the birth of the future Mary I in 1516, © National Portrait Gallery, London 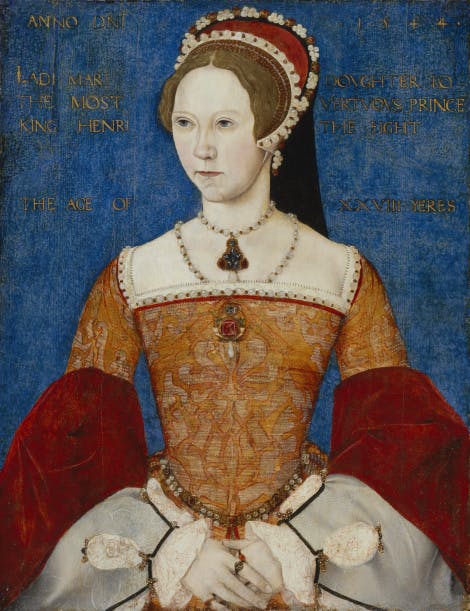 Henry and Katherine lost at least five children together. Only Mary, born in 1516, survived beyond infancy. Henry was disappointed she wasn’t a boy, but still optimistic that he and Katherine would have more children.

Sadly for Katherine they did not. She may have miscarried again in the autumn of 1517. The following year she had yet another stillborn baby. This was her last pregnancy. Henry's hopes for a son were dashed.

As the years went by Henry became restless and increasingly desperate for a son.

When French-educated Anne became Katherine’s lady-in-waiting in the early 1520s, the Queen’s days were numbered. Anne was glamorous and young, and captivated the King. As Roman Catholics, divorce was not an option, so Henry looked for another way out. He became obsessed with whether Katherine’s previous marriage to his brother Arthur had been consummated, which Katherine continued to deny.

The superstitious King became convinced that God was displeased that he had married his brother’s widow, punishing him by denying them a son. Henry made up his mind. Katherine had to go, and not even the Pope was going to prevent him getting rid of her.

Henry was known to have mistresses and Katherine tolerated his behaviour, hiding her hurt and frustration. 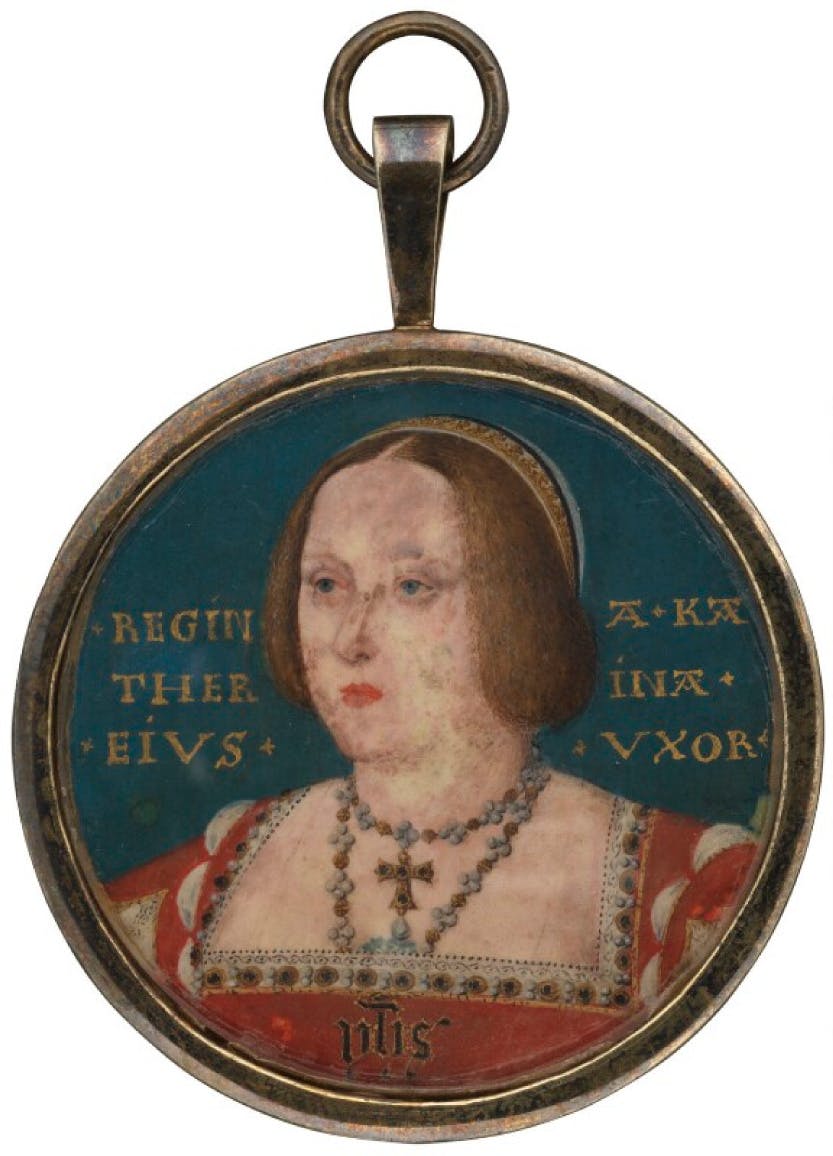 Katherine faced a long and emotionally painful ordeal, cross-examined in court as Henry tried to prove the invalidity of their marriage. The Queen was questioned in humiliating detail about her sexual activity with Arthur.

She could have gone quietly and comfortably by accepting her fate. However, a combination, it seems, of piety and stubbornness made her fight to the bitter end.

She insisted she was the rightful queen, but Henry was already totally besotted with Anne Boleyn (and had promised to marry her). Finally Katherine was dismissed from court in 1533, and cruelly denied contact with her daughter Mary.

In 1536, just three years after her marriage to Henry was annulled, Katherine died; she was just 50 years old. She loved Henry till the end. Her last letter to him read "Mine eyes desire you above all things." She signed the letter "Katherine the Queen."