Triptych: Crucifixion and other Scenes, c1302-8

Christ is at the centre, but this work is about his mother, the Virgin Mary, who appears four times. Duccio skilfully painted her emotions so that the viewer could identify with her sorrows, acceptance and trusting faith. This altarpiece was for private use. Its hinged sides originally closed like doors to protect and conceal the painting. When opened for prayer by candlelight, the gold leaf glowed and shimmered, evoking the riches of heaven. 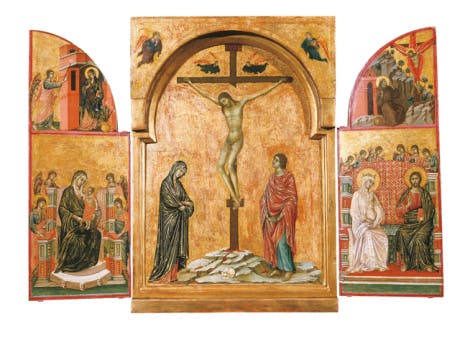 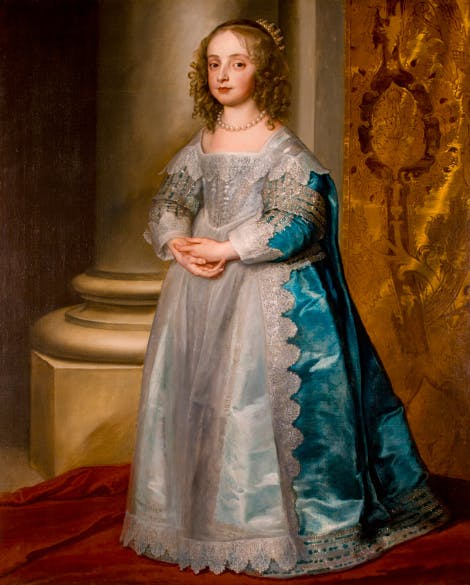 Court artists worked directly for the royal family. Van Dyck’s portrait of the 6-year-old daughter of Charles I is a statement of dynastic wealth – the expensive lace, pearls and gold damask curtain – but also a delightful image of a little girl with her hands clasped uncertainly in front of her silver apron, attempting a mature pose beyond her years.

Accepted by HM Government in lieu of Inheritance Tax and allocated to Historic Royal Palaces, 2008.

Rembrandt’s painting is a timeless and moving record of old age. The hooded eyes, thinning lips and the loose and creased folds of skin are all exaggerated and highlighted, designed to evoke our pity and perhaps a sense of our own mortality. Such paintings, virtuoso exercises of imagination, also brilliantly displayed Rembrandt’s talent, and helped establish his reputation. 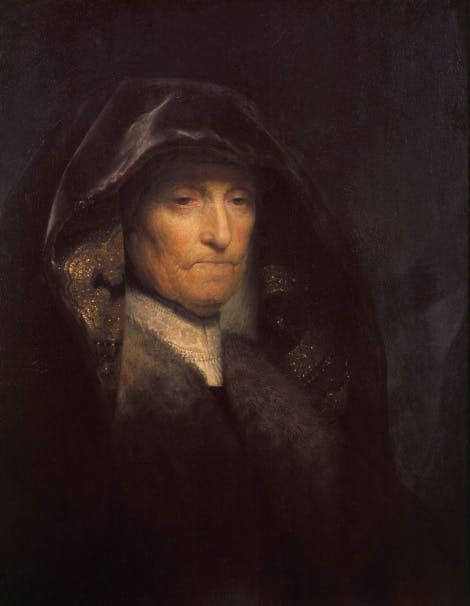 Brueghel’s colourful depiction of a street party is also a celebration of the happiness of a society at peace. The Dutch Republic had declared independence from Spanish rule in 1581, heralding a ‘Golden Age’ of Dutch art and culture. This painting is a statement of national pride. It shows how a well-ordered society should be, but it is also an incident-packed description of town life, full of delightful detail. 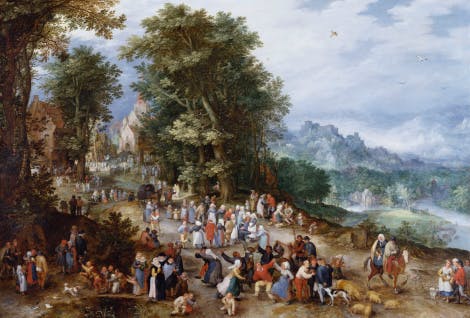 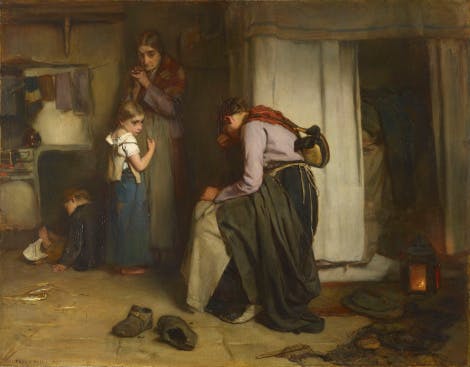 Victorian artists drew on a long legacy of narrative art. This painfully emotional scene captures a family’s desolation after the death of a fisherman. Holl’s muted colours and the quiet grief of each of the figures is relieved only by the mystical light around the bright white shirt of the young girl, a sign of hope and an echo of the religious symbolism of earlier artworks. 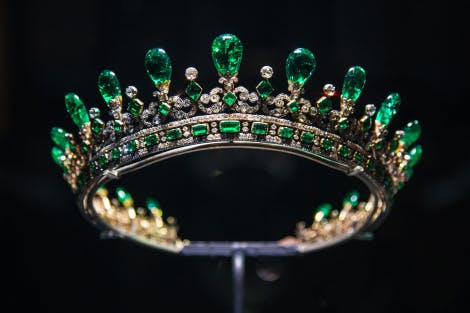 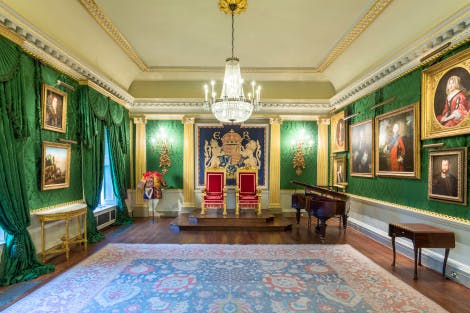 Explore the ceremonial heart of the castle, where Her Majesty The Queen received guests at a coronation ball in 1953. 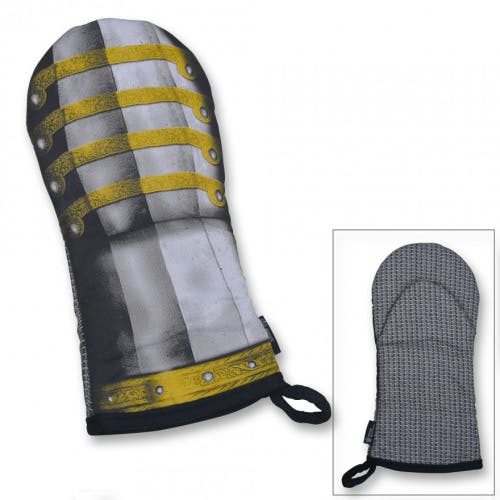 This fun oven glove has been inspired by a suit of armour made for Henry VIII in 1540, which is on display at the Tower of London.