The original Line of Kings

The Line of Kings was first put together between 1688 and 1692 after the Board of Ordnance decided to create an exhibition promoting the Stuart monarchy. The Ordnance were mainly concerned with arming the army and navy, but they also provided pageantry to promote kingship.

They created an exhibition called the Line of Kings, which featured royal armour and life-sized wooden horses and wooden royal figures made by Grinling Gibbons and several of Britain’s best woodcarvers. The exhibition was sited at the Tower of London, in what is now the New Armouries cafe.

Line of Kings was a propaganda statement: it featured 'good' kings like Edward III and Henry VIII but excluded 'bad' ones such as Edward II and Richard III.

When this new exhibition opened it was both historical and topical: some visitors would have remembered the execution of Charles I in 1649 and restoration of Charles II in 1660. William III's 'Glorious Revolution' and the flight of James II would have been fresh in their minds. 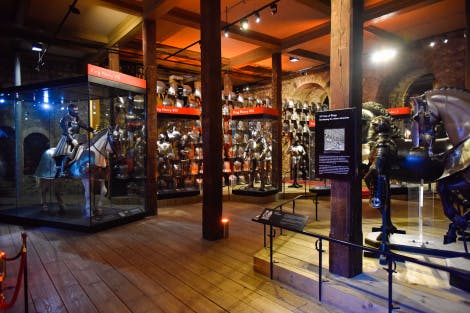 Adding more kings to the Line

For its first 80 years the Line of Kings was periodically updated. Figures of William III, George I and George II were added after their deaths. The display featured in printed guidebooks to London and from about 1750 to the Tower in particular.

First images of Line of Kings

Although the exhibition was occasionally altered, its basic form changed little before 1800 when the earliest known images were drawn.

However, over the next 25 years the popular display came increasingly under fire from experts who pointed out that the kings in their armour were full of ridiculous anachronisms.

In 1826, the Line of Kings display was dismantled and moved to a purpose-built new gallery adjoining the south side of the White Tower.

The re-organised display featured not only kings but many noblemen in an exhibition illustrating the historical development of armour.

Enhanced again in 1869, the Line remained a favourite with the Tower's tourists until it closed in 1882.

From 1883 the equestrian figures re-appeared on the upper floor of the White Tower itself, where it continued for many years.

Re-displayed in all its glory

Today the Line of Kings is on the entrance floor of the White Tower, newly re-displayed for the 21st century. 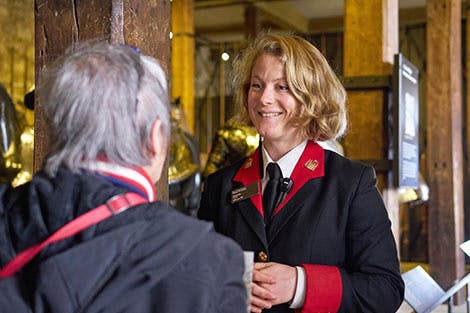 Explore the beautiful Chapel of St John the Evangelist and hear tales of famous old residents at the Tower with an expert warden. 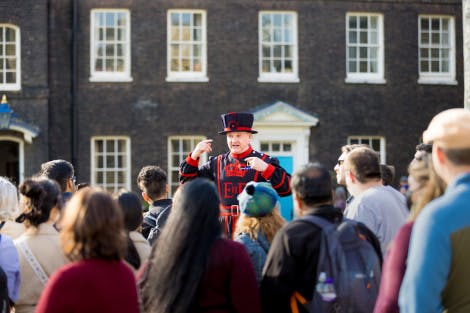 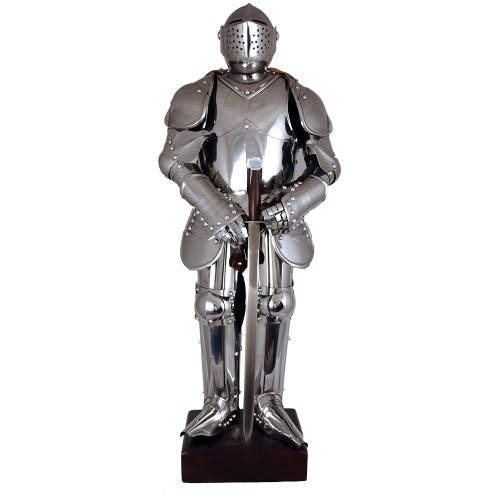 Replicating European suits of armour from the second half of the 16th century, this fully articulated suit of armour is made to one-third the scale of the original. 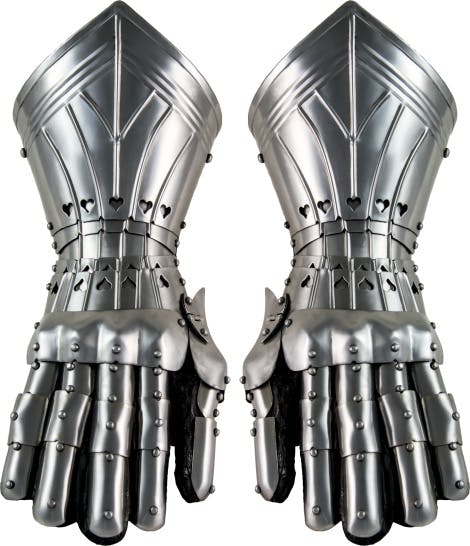 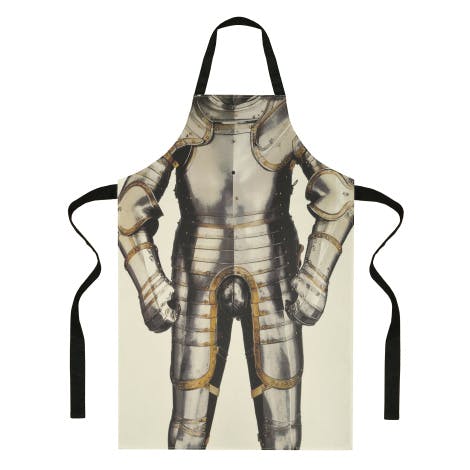 This fun apron is inspired by the suit of armour made for Henry VIII in 1540, on display in the Tower of London armouries.