This research network funded by the Arts and Humanities Research Council (AHRC) will bring together academics and heritage professionals to examine Queen Victoria's role in the fashioning of her own image, and the consequences of this for monarchy, nation, and empire from the nineteenth century to the present. The project forms part of the research being undertaken to mark the 2019 bicentenary of Victoria's birth at Kensington Palace, an opportune moment to assess the myths that commonly circulate about her. The network is led by Dr Joanna Marschner (Historic Royal Palaces, Principal Investigator) and Professor Michael Hatt (University of Warwick, Co-Investigator).

Queen Victoria's name is used to identify an era. Over her long reign the British Empire covered a quarter of the globe. The birth of photography, and an explosion in print culture and the press, allowed her image to touch its furthest reaches. Her image, painted and sculpted, still dominates public spaces scattered throughout every continent.

The narrative of Victoria's life has been rehearsed continuously since her death, testament to an enduring significance of her legacy. However, these narratives have not cast her as the focus of a culturally political study. Instead, orthodox approaches have set her up as a curiously inert figure, detached from public life and from the political shaping of the monarchy.

This project challenges these orthodoxies by examining Victoria herself as a pro-active political agent in the construction of an image for nineteenth century monarchy, and therefore directly implicated in what would become the Queen Victoria phenomenon.

The principal aim of ‘Victoria’s Self-Fashioning’ is to establish an international research community of scholars from a wide range of disciplinary and institutional bases, to re-appraise Victoria's approach to her role, and to engage in a common curation of its material legacy.

The project researchers will make preliminary explorations of archival and object collections, in order to assess how these were used by Victoria, and how they might be interpreted and displayed today. As part of this it will be addressed how Victoria's material legacy might be curated digitally to make it more accessible to scholars and to the public, and to generate more inclusive models of curation, interpretation, and engagement in the context of post-colonial politics.

The members of the research network will explore key research areas and questions facilitated by three workshops:

The many Victoria's - exploring Victoria's curation of herself: In the first workshop researchers will discuss Victoria's creation of her own image, and the ways in which she managed her conflicted role, as a Queen Regnant, but also a wife and mother. Through a consideration of her surviving dress, together with the royal photographic collection, and Victoria's own amateur art works, it will assess how this image took physical form and was tested, honed, and developed by her, to serve the needs of the monarchy over the seventy-four years of her reign.

Private sphere to public realm - mapping the journeys of Victoria's image: The second workshop will map the journey of this self-curated image from Victoria's private sphere to the public realm, and particularly across the British Empire. Participants will explore her involvement in the commissioning and purchase of painted, sculpted and photographic images to celebrate her family and its dynastic ambition.

Researchers will also investigate the dissemination of these images through print culture, and a burgeoning press, and their movement and use through many contexts, locally and globally. This will include the ways in which the image was used to counter critical responses to Queen and Empress, in attempts to quench the flames of colonial resentment at British rule in ceremonial events or to challenge republican sentiment from groups like the Chartists.

This workshop will also explore how Victoria, as curator, presented the material of her life, for a public audience, in the first museum displays in her celebration, and how these were received.

Curating Queen Victoria - a global figure in a digital world: In the third workshop participants will discuss how the image of Victoria might be curated today in the digital sphere, asking how this material can be made available not only to scholars but to a wide, global public fascinated by Victoria? The focus of this activity will be to devise ways in which a project can be undertaken across a number of institutions around the globe, providing a methodological and practical template for further research.

The workshop will consider ways in which the 'digital museum' can challenge the notion of the physical ownership of the material culture associated with this globally important figure, and can allow curation by a wider and more diverse audience.

The project team will share its research findings through a major two-day conference 20-21 May 2019, building upon the workshop debates.

Other key outputs include: 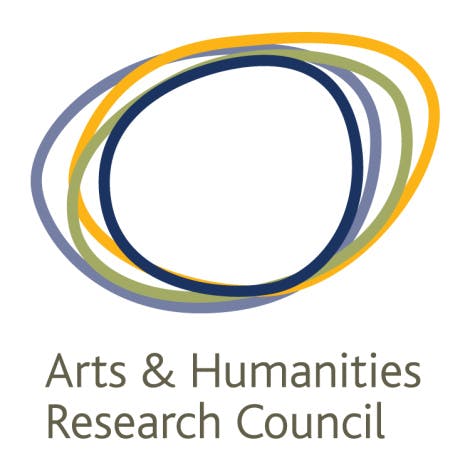 This project is funded by the Arts and Humanities Research Council’s Research Networking scheme.